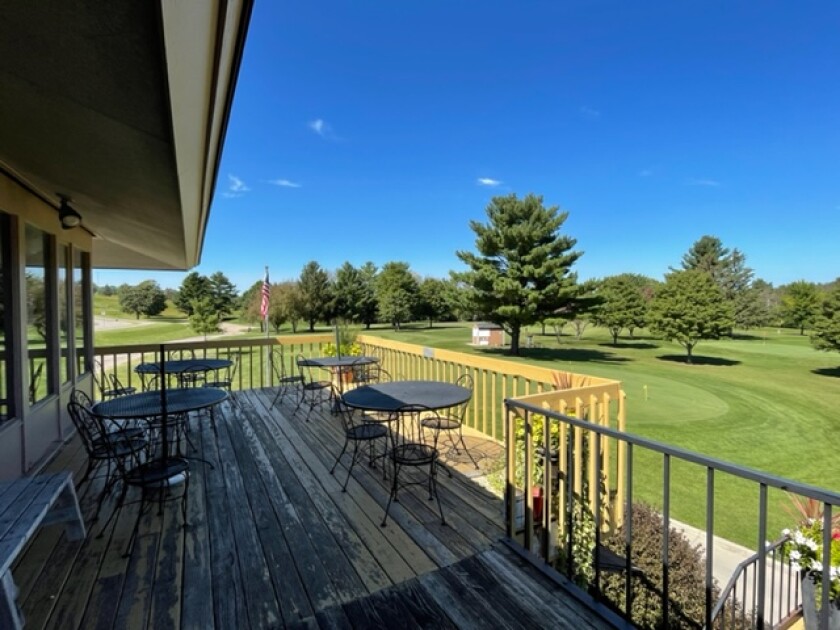 
ROCHESTER — Golfers at the Eastwood Golf Course will not have a place to unwind and dine come Nov. 1 when the Eastwood Grill shuts down for good on that date.

Owner David Nogosek has seen a sharp decline in business over the last three years, and the COVID-19 pandemic has only hastened the need for closure.

“There’s just no business,” Nogosek said. “There’s about 200 people here on the golf course every day and only about 5% of them stop in here to eat. A lot of people bring in their own stuff, and I don’t have the time to police it.”

Fortunately for Nogosek, the closure of Eastwood Grill on Nov. 1 will not be the end of his or his employees’ time in food service. Nogosek has invested more time and money into a food trailer that has turned into a much more successful venture.

The food trailer has been partnering with Zumbro Valley Health Center and Catholic Charities of Southern Minnesota to provide community meals for those in need. As Nogosek shifts the focus toward the food trailer, he is planning to do more partnerships with local breweries and events to get the food out there.

“It’s been crazy, going out to all these different locations, meeting so many cool people. And the amount of sales you do in three hours with the trailer just doesn’t even amount to 12 hours here. So it was a fun decision to make right there with the food trailer. That was easy,” said Nogosek.

Shifting the focus of his business to the food trailer has also given Nogosek reassurance that he and his employees can be paid and have time with their families. The slow business of the Eastwood Grill over the last three years became a concern for Nogosek that he would not be able to cover the basics for his employees.

“I got people; they have families and got kids, and I feel responsible for them. The sales ain’t coming in. I could try to do this by myself all day, every day, but I already don’t have time for my kids either. There was finding out what’s the most stressful part of my day and cutting it out, and this (Eastwood Grill) was the most stressful part of the day,” said Nogosek.

The headliner event that Nogosek’s food truck will be at this month is Luke Bryan’s Farm Tour show in Eyota on Gar-Lin Dairy’s property on Saturday, Sept. 24.

China’s government published a catalog of algorithms from 30 tech firms including TikTok’s owner —...