Home Business Could This Move by Moderna Cost Pfizer Billions? 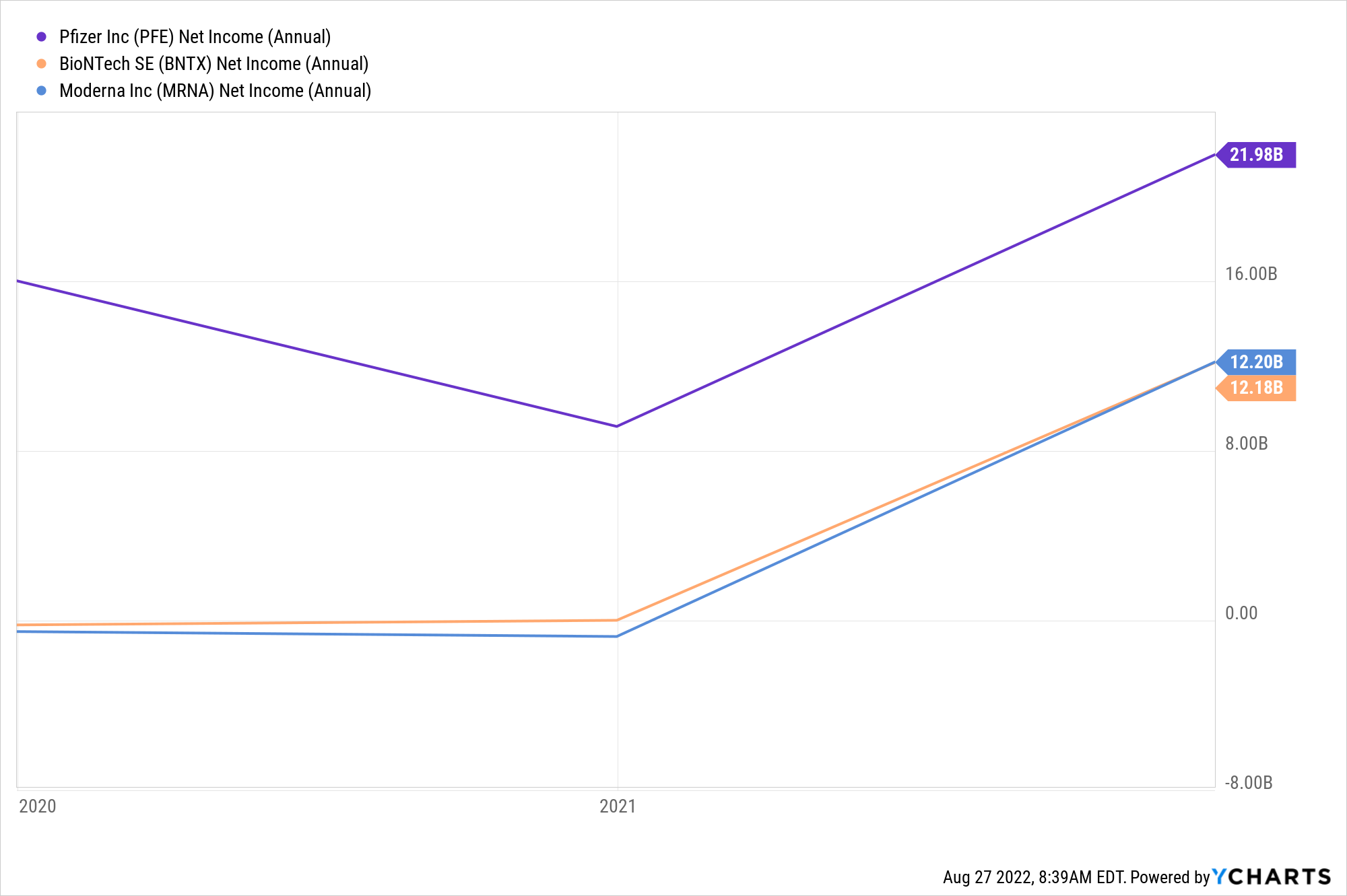 
Pfizer (PFE -2.25%) and BioNTech (BNTX -4.01%) just may be the most talked-about companies on the planet. That’s because this big pharma-biotech team brought the very first coronavirus vaccine to market — and went on to generate billions from the product.

Rival Moderna‘s (MRNA -3.77%) coronavirus vaccine has been bringing in billions of dollars, too. That product launched only a few weeks after the Pfizer-BioNTech vaccine; both vaccines clearly won the vaccine race. Today, though, Moderna says its own research has a lot to do with its rivals’ success. Moderna is suing Pfizer and BioNTech for patent infringement. Could this move cost Pfizer billions?

A look at mRNA vaccines

First, a look at both vaccines. The Moderna and Pfizer vaccines are based on mRNA technology. The idea is to use messenger RNA to instruct the body to produce a copy of the coronavirus spike protein. This spurs an immune system response.

Moderna developed its vaccine after about a decade of work on mRNA technology. Early in the vaccine race, Pfizer joined forces with BioNTech of Germany. The goal was to bring BioNTech’s mRNA candidate to market. Like Moderna, BioNTech and its scientists also have spent years specializing in mRNA medicine.

Moderna is suing the vaccine makers in the U.S. and Germany concerning patents Moderna filed between 2010 and 2016. Moderna says it believes Pfizer and BioNTech copied the following:

Moderna doesn’t want its rivals’ vaccine taken off the market. And the company isn’t asking for damages from sales to lower- and middle-income countries. Moderna did say it “would consider a commercially reasonable license should they request one for other markets.”

BioNTech said in a statement that its “work is original, and we will vigorously defend against all allegations of patent infringement.”

Meanwhile, the Pfizer-BioNTech vaccine brought in more than $36 billion in revenue last year. And the companies predict it will generate $32 billion this year. All three companies also are highly profitable. In the cases of Moderna and BioNTech, this is thanks to the coronavirus vaccine. It’s their only commercialized product. (As a big pharma company, Pfizer sells several other blockbuster products.)

So, now let’s get back to our original question: Will Moderna’s move cost Pfizer billions? It’s clear that a lawsuit in and of itself would be an extra expense for all three companies. But patent challenges aren’t rare in the pharmaceutical and biotech businesses. And the cost of a lawsuit is limited in time — it won’t continue forever. The main concern is what will happen afterward.

If Moderna eventually wins, Pfizer and BioNTech, due to licensing costs, could miss out on billions of dollars. But there are a few reasons I’m not too worried. First, Moderna isn’t seeking damages for sales prior to March of this year. This means most of Pfizer’s and BioNTech’s gains from the vaccine so far wouldn’t be touched. And a potential licensing agreement wouldn’t mean Pfizer’s days of billion-dollar vaccine revenue are over. The company still may generate blockbuster levels of revenue from the product.

Second, it’s possible Moderna won’t win the case — or that the companies may reach a settlement. It’s also important to keep in mind that a possible decision may take years if the case goes to trial. A case can take as long as three years to make it to the courtroom. And an appeal could further lengthen the whole process. A long time may pass before we see an impact on Pfizer’s revenue (if the company loses the case).

Finally, Pfizer commercializes many other products that generate billions of dollars. So any potential reduction in vaccine revenue won’t drastically change the Pfizer story.

What does this mean for investors? Of course, a patent challenge never is great news. But in this case even the worst possible scenario — a loss in court for Pfizer — doesn’t mean a complete loss of vaccine sales. And it doesn’t impact the rest of Pfizer’s portfolio.

So Moderna’s move doesn’t change my positive view of Pfizer. The vaccine — and the rest of Pfizer’s portfolio — still make this stock a great long-term buy.

The best kitchen gadgets you can buy