Over time, we start relating to the television characters and their lives. And within a few episodes of a daily soap, the protagonist of the show becomes a household name. From being a gossiping topic for the colony aunties to the meme makers, the serial’s main character’s name and the dialogues take no time to become a sensation. Moreover, from the romantic duo to the humourous jodis of the show, the pairs never miss a chance to swoon millions of hearts.

However, what we see on-screen may not be the same off-screen. Yes! You read it right. Here is the curated list of 15 popular television pairs we loved to watch together on-screen. But in real life, a cold war happened between them. Their tiffs or differences of opinion lead them to keep their relationship strictly professional, making their on-screen viewers never doubt any such tussle. 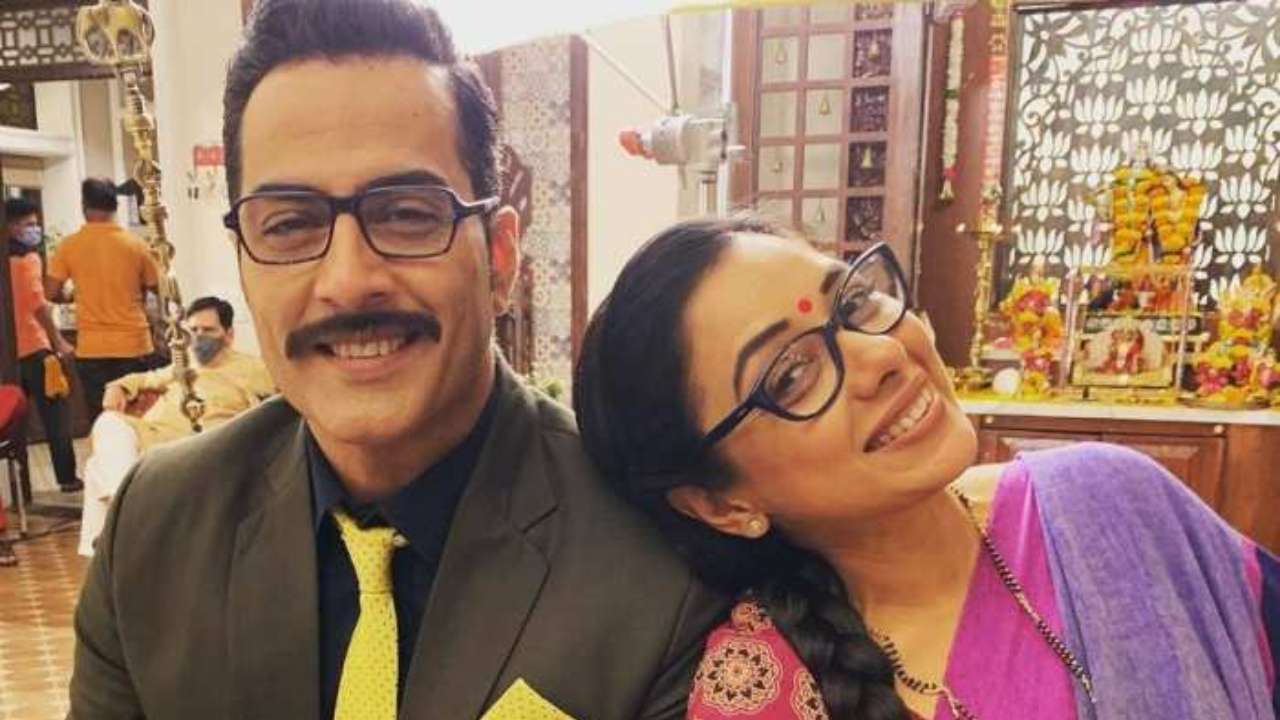 One of the most popular television shows, Anupamaa is topping the TRP charts. And the most iconic characters are played by Rupali Ganguly, Sudhanshu Pandey, Gaurav Khanna, and many more. However, as per reports there is a cold war going on between Rupali and her on-screen ex-hubby, Sudhanshu. According to the whispers from the sets of the show, Sudhanshu had shared a promo of the show on his social media handle and hadn’t tagged Rupali for the same reason. However, squashing all rumours, Rupali had also invited Sudhanshu on her birthday, and many pictures from the same also got viral on social media. Further, addressing the same thing in an interview with TOI, Sudhanshu had said:

“Generally, the practice is to tag people who are associated with the picture and mostly I copy-paste the link I get from someone on my social media. When the show started, Rupali and I posted many videos together because we were married in the show. Now, I am married to Kavya (Madalsa Sharma), so obviously, to promote the track, we will post videos together. 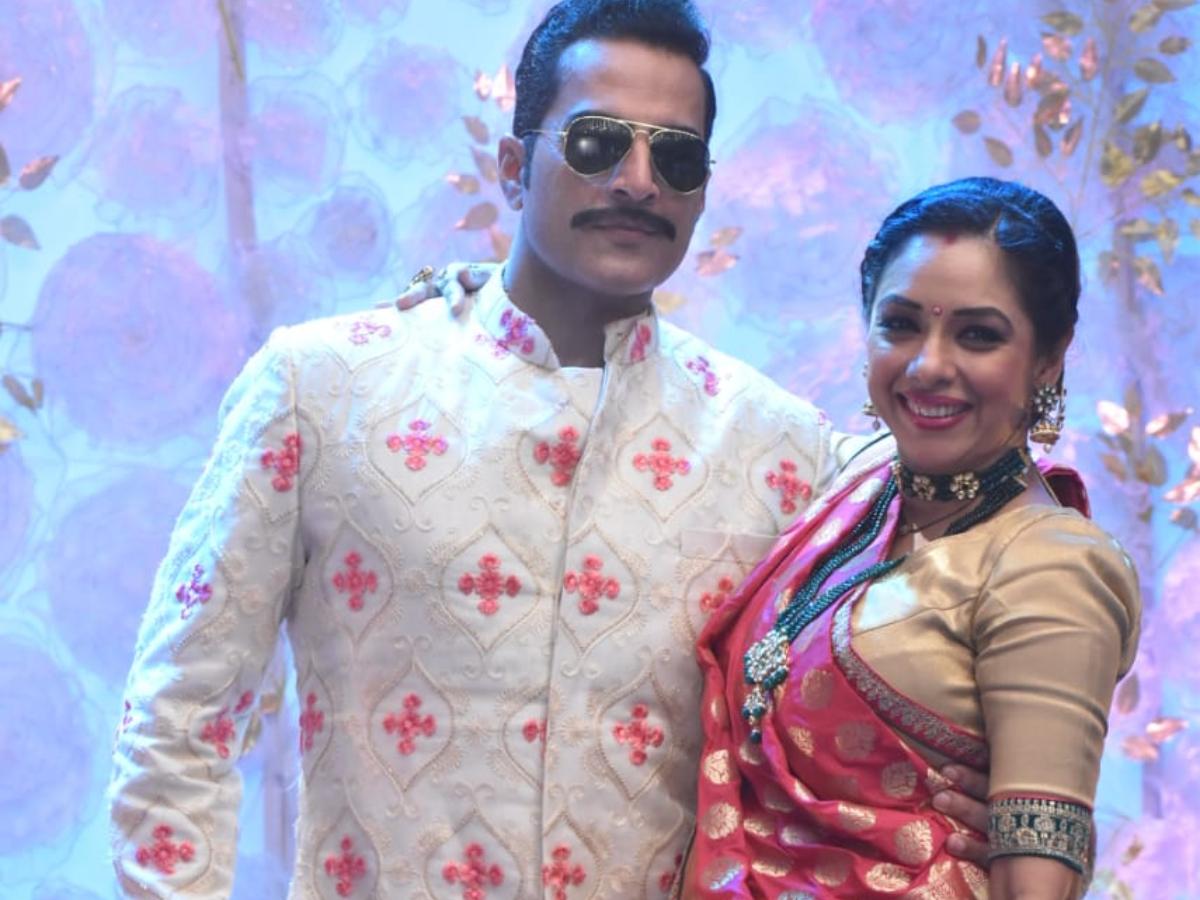 In the same conversation, Sudhanshu further added that he and Rupali are good friends off-screen too. And mentioning the difference of opinion which keep on occurring between two professionals in every workplace, Sudhanshu had added:

Rupali and I are good co-actors and friends, too. There is nothing wrong between us. And a difference of opinion between two actors at times is very normal and can happen any day. There are so many times when you don’t agree on something and get a little upset, but then it is over. And that happens not only with actors working on the sets, it also happens between two individuals at home. Rift or cold war are too strong words to use.” 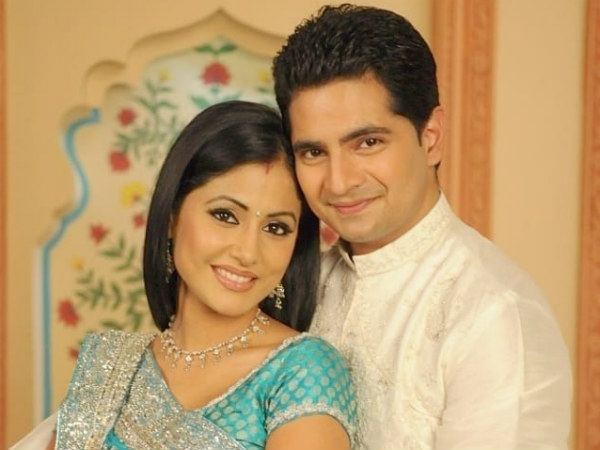 Hina Khan and Karan Mehra were once the most loved on-screen television pairs for their stint in the popular show, Yeh Rishta Kya Kehlata Hai. However, as per reports, the two didn’t speak to each other on the show’s set, and their relationship was strictly professional. In an interview with TOI in 2019, Karan had talked about the same issues and mentioned that the duo were never friends from the beginning itself. He had said:

“I might or might not have a rapport with a person, that’s subjective. Hina and I were never friends to begin with. We had an extremely professional relationship, which worked for the show.” 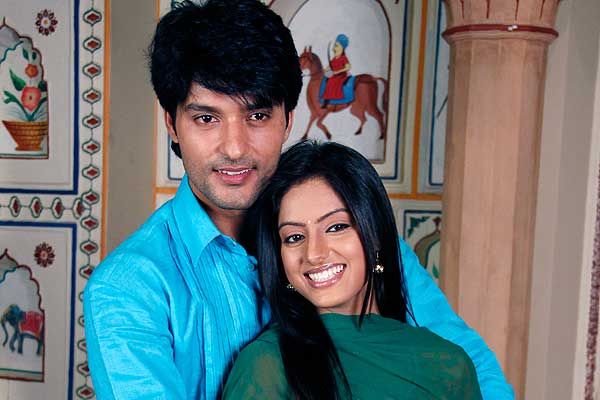 The companionship and support of a halwai husband for his wife, so much so that she could fulfil her dreams of finally becoming an IPS officer, was the storyline of the most popular TV show running from 2011 to 2016, Diya Aur Baati Hum. And the lead characters, ‘Sooraj Rathi’ and ‘Sandhya Kothari Rathi’ were played by TV stars Anas Rashid and Deepika Singh. But with their sweetness on-screen, who can guess about their bitterness in real life? Yes, the on-screen duo had so many problems with each other, that they were not even on talking terms after the shooting on their sets. Reportedly, this feud had occurred between them after Deepika allegedly accused Anas of inappropriate touching. 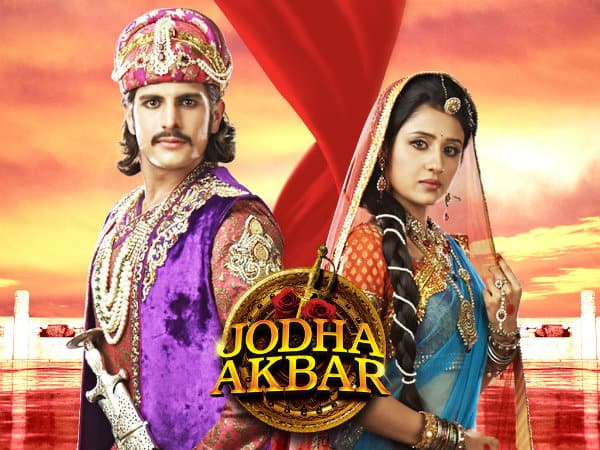 Paridhi Sharma and Rajat Tokas played the titular characters in the period drama, Jodha Akbar. Undoubtedly, as the storyline demands, a romantic bond was shown between the duo. However, back off-screens they were not on good terms, reportedly because Rajat thought he was superior to her. In a 2014 interview with Bombay Times, a source had said:

“Everybody knows that Paridhi and Rajat can’t see eye to eye. They throw their weight around whenever they have to shoot intimate scenes. Paridhi was a little uncomfortable (about the kissing scene) but the director got her to do it all. She wasn’t ready for it. She even expressed reservations about doing a ‘kissing-away-tears’ scene some time back. This time around when she told the production team that her family wouldn’t be okay with it, the producer told her that she had mentioned no such reservations while signing on the show.” 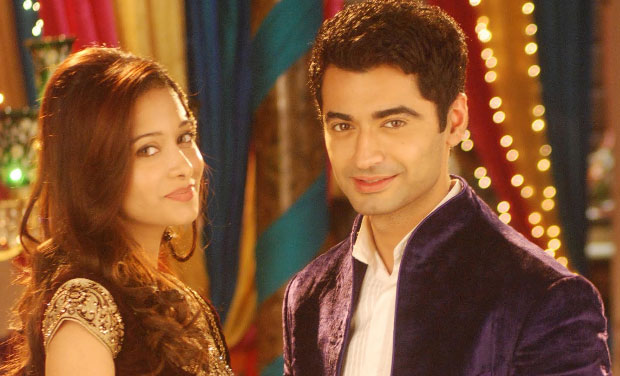 Beintehaa was one of the most loved romantic serials in the year 2013-2014. The TV stars, Preetika Rao and Harshad Arora were playing the lead characters of the TV serial, and indeed their chemistry was loved and highly followed by every school-going kid. However, they allegedly did not talk much on the sets, and there were rumours that there was a cold war between them. One of the longest-running family drama serials on television was Yeh Hai Mohabbatein. And the loving couple, Divyanka Tripathi and Karan Patel were the OG couple at that time. However, off-screen they were not on friendly terms as per reports. However, they always dismissed such rumours while addressing the same in various interviews. Moreover, they have always mentioned that they are good friends in real life. 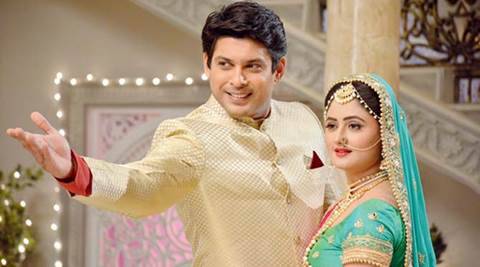 Television actress, Rashami Desai and late actor, Sidharth Shukla used to play husband and wife in the popular show, Dil Se Dil Tak. However, they were going through a cold war off-screen. A glimpse of the same was also seen in their participation in the controversial reality show, Bigg Boss 13‘s home. In many videos, the actress had shared that the late actor had tried to get her sacked from the show, but the makers did not do so. However, after his untimely demise, Rashami has also mourned her fights with him. 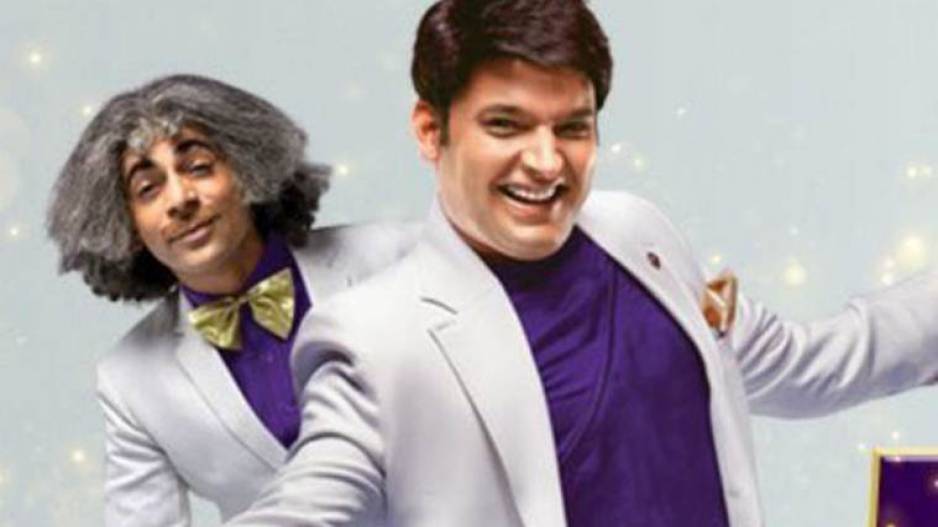 One of the most popular reality-comedy shows, The Kapil Sharma Show has always entertained its audiences with its hilarious stunts and conversations. However, as the say goes, sometimes a humorous stunt is also not taken very lightly, and this leading to many conflicts. The same has happened between the show’s stars, Kapil Sharma and Sunil Grover. Reportedly, their fight began while they were returning home from Australia on a flight. As per reports, Kapil had verbally abused Sunil, and the duo also indulged in a physical fight under the influence of alcohol. And after realising his mistake, Kapil has also apologised for the same. However, still, now there is an ongoing cold war between the duo. Vivian Dsena and Drashti Dhami were the lead characters of the popular show, Madhubala – Ek Ishq Ek Junoon. Their chemistry was indeed a hit on-screen, but their off-screen equation was something else. Reportedly, they were also not on talking terms and talking about the same in an interview, Drashti had shared:

“Probably, we had a bad phase because of circumstances. It’s not that we don’t talk if we bump into each other. The only thing I will keep in mind if and when I work with him again is keeping a good professional rapport.” 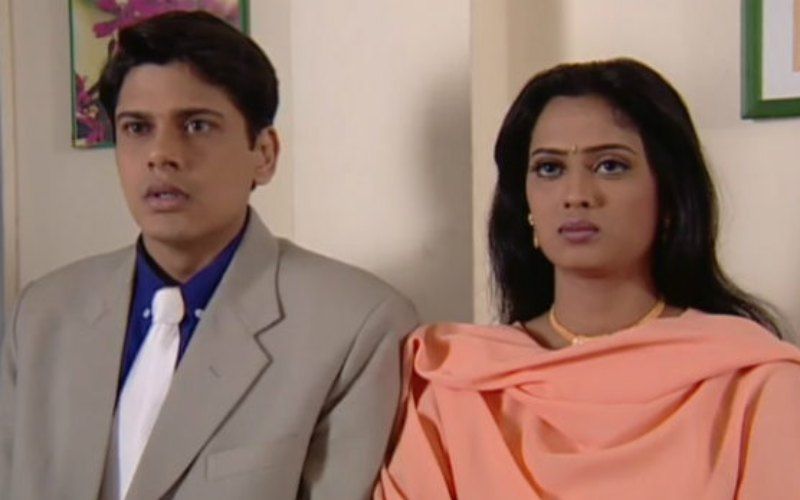 Television stars, Shweta Tiwari and Cezanne Khan worked together in season 1 of the then-popular drama, Kasautii Zindagii Kay. Their chemistry was loved by millions of viewers nationwide. However, there were rumours that something had gone wrong between the once friends and they could not even stand each other. In an interview, Cezanne had even called Shweta ‘first and last mistake’. 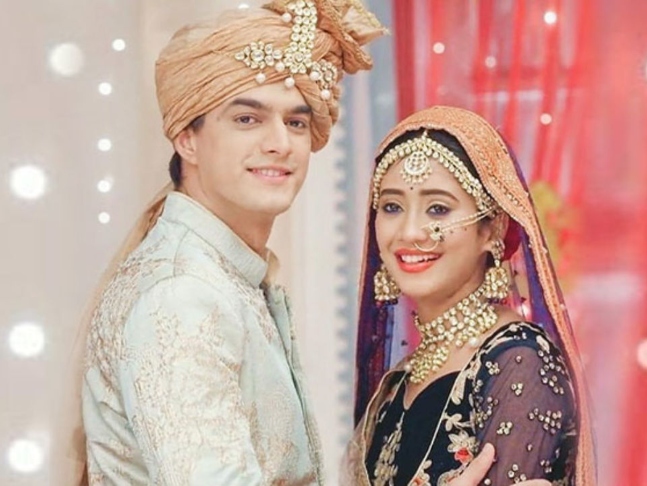 After, Hina Khan and Karan Mehra’s rumoured cold war on the sets, season 2 of the same show saw a similar thing once again. Popular TV actors, Shivangi Joshi and Mohsin Khan who were seen on the show, Yeh Rishta Kya Kehlata Hai’s second season were also allegedly dating each other. However, an alleged dispute took place between the duo leading to a breakup and following this, they were having a cold war on the sets.

Recommended Read: Eco-Friendly ‘Ganeshotsav’: Have A Look At These TV Celebs Who Make Their Own ‘Ganpati’ Idol Niti Taylor and Parth Samthaan were popular pair of the serial, Kaisi Yeh Yaariyaan. However, the two also had major issues in real life. In an interview with TOI, Niti also addressed the same and had said:

“I didn’t stall the shoot, somebody else did, and I don’t intend to reveal that person’s name. There were two units on the said day and one of them was scheduled to shoot me first. Yes, I was upset because I too needed a make-up guy, but everything is fine between my co-actors and me.” 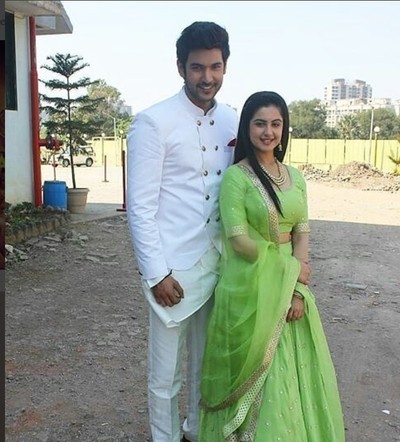 Shivin Narang and Tunisha Sharma used to play lovers on the popular TV serial, Internet Wala Love and undoubtedly their romance on-screen was simply drool-worthy. However, their equation changed after Kanwar Dhillon entered the show. Admitting the trouble between them in an interview with the leading media house, Shivin had said:

“We don’t talk to each other, but we are thorough professionals and don’t let it affect our performance. I agree that an artiste performs better when the equation with his co-actor is healthy, but I am an actor first and I am here to do my job.” 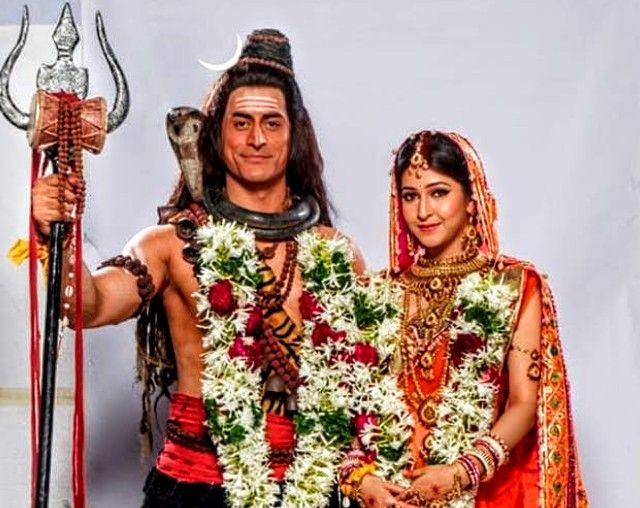 Sonarika Bhadoria and Mohit Raina’s chemistry in the period drama, Devon Ke Dev Mahadev was simply beautiful and mesmerising. But as per reports, they allegedly had several issues off-screen. So much so that Sonarika was later replaced in the show. 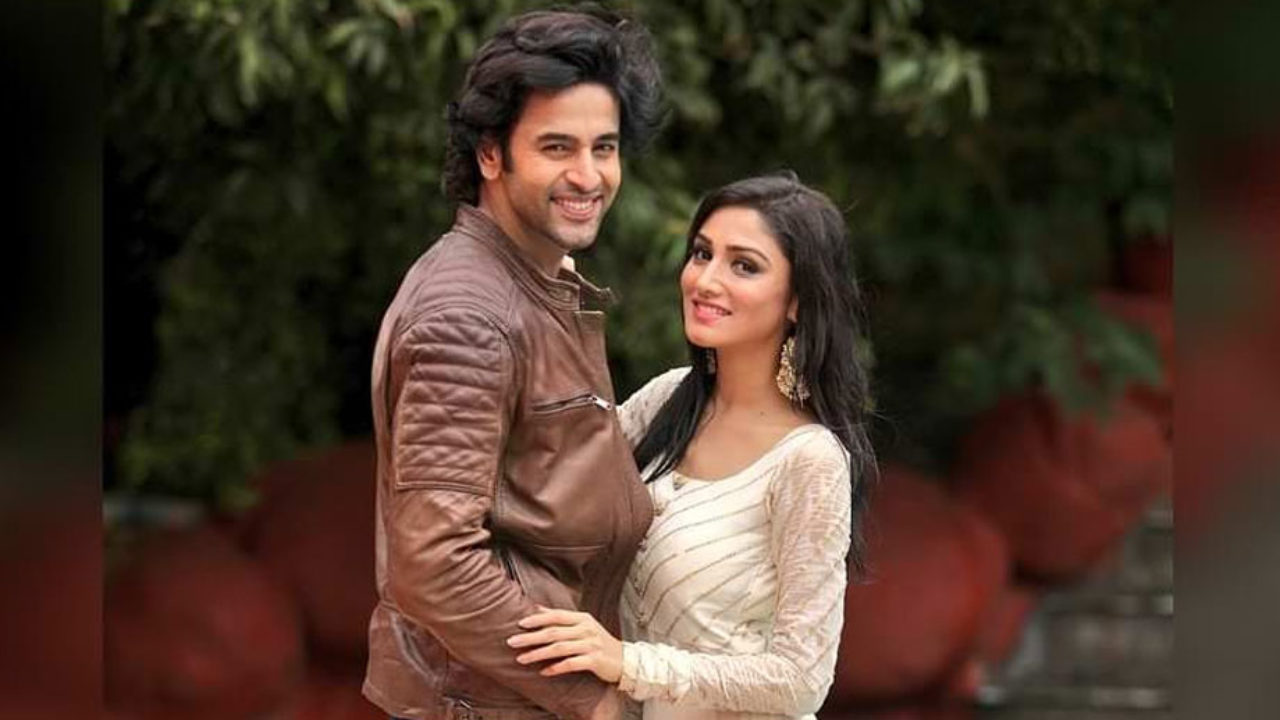 Shashank Vyas and Donal Bisht starred in the popular drama series, Roop – Mard Ka Naya Swaroop, and within a few episodes, they could possibly manage to swoon millions of hearts. However, they also had a cold war going on between them and were taking things strictly professional. Reportedly, it started when Donal was taking her time to execute a scene, and Shashank had cracked a joke. Addressing the same in an interview with Bombay Times, he had said:

To this, Donal had added:

“We are not here to make friends, we are here to progress in our work and that is more important than anything else. So, it doesn’t matter if Shashank and I are not friends. I don’t think any differences or issues will affect our chemistry or work in the future, too.”

Well, we are already shocked by the cold wars between the TV stars. Which one stunned you the most? Let us know!

Next Read: 10 Television Actors Who Were Kicked Out Of Their Daily Shows: Paras Kalnawat To Ankita Lokhande

AWESOME NEWS! Now you can download BollywoodShaadis app and never miss a story. Get App

AWESOME NEWS! Now you can download BollywoodShaadis app and never miss a story. Choose your device Android or IOS (Apple)