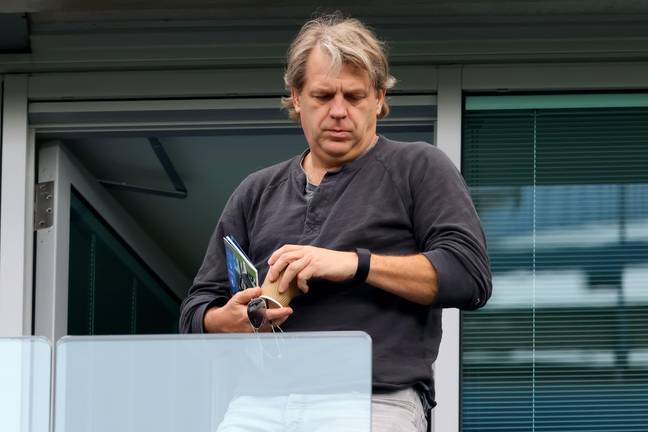 Chelsea’s new co-owner Todd Boehly has hatched a plan to copy Manchester City and their global player recruitment strategy, according to a new report.

Working alongside the City Football Group, Manchester City have access to a global portfolio of rising football talent.

With ownership stakes and total ownership of clubs in all corners of the globe, the Premier League champions are often the first to sound out the brightest prospects in all continents.

Most recently, the City Football Group secured a purchase of Italian side Palermo, as they move deeper into the European market alongside their clubs in France and Spain.

Now, it comes as no surprise to see the hugely enviable model being eyed for a copy by one of the world’s most notable football clubs.

It is reported that chairman and co-owner Todd Boehly, alongside his board of directors, have been ‘studying business models’ of other teams.

As such, their medium to long term plan is for Chelsea to buy stakes in continental teams with a view to them becoming ‘feeder’ clubs for Stamford Bridge.

Chelsea owner Todd Boehly is keen to copy the City Football Group and improve upon it as part of his long-range vision. Chelsea’s medium to long term plan is to buy stakes in continental teams with a view to them becoming ‘feeder’ clubs to rival #ManCity.

It is claimed that Boehly is keen to copy the City Football Group’s model and improve upon it as part of his long-range vision to make Chelsea a ‘huge global brand’.

In recent months, Manchester City’s network of scouts working for both the club directly and the overseeing group have been hugely successful.

Most recently, City secured the acquisition of Julian Alvarez from River Plate, in yet another signing that has made the jump directly from South America to the Premier League.

One previously successful example of such a move was Gabriel Jesus, who completed a switch from Palmeiras to the Etihad Stadium in January of 2017.

Since then, the Brazilian international won a staggering four Premier League titles, before moving on to Arsenal during the most recent summer transfer window.

While there is of course the opportunity for any football club or business to try and emulate the City Football Group’s success, their head start on any competition may give them an advantage that cannot be competed with.