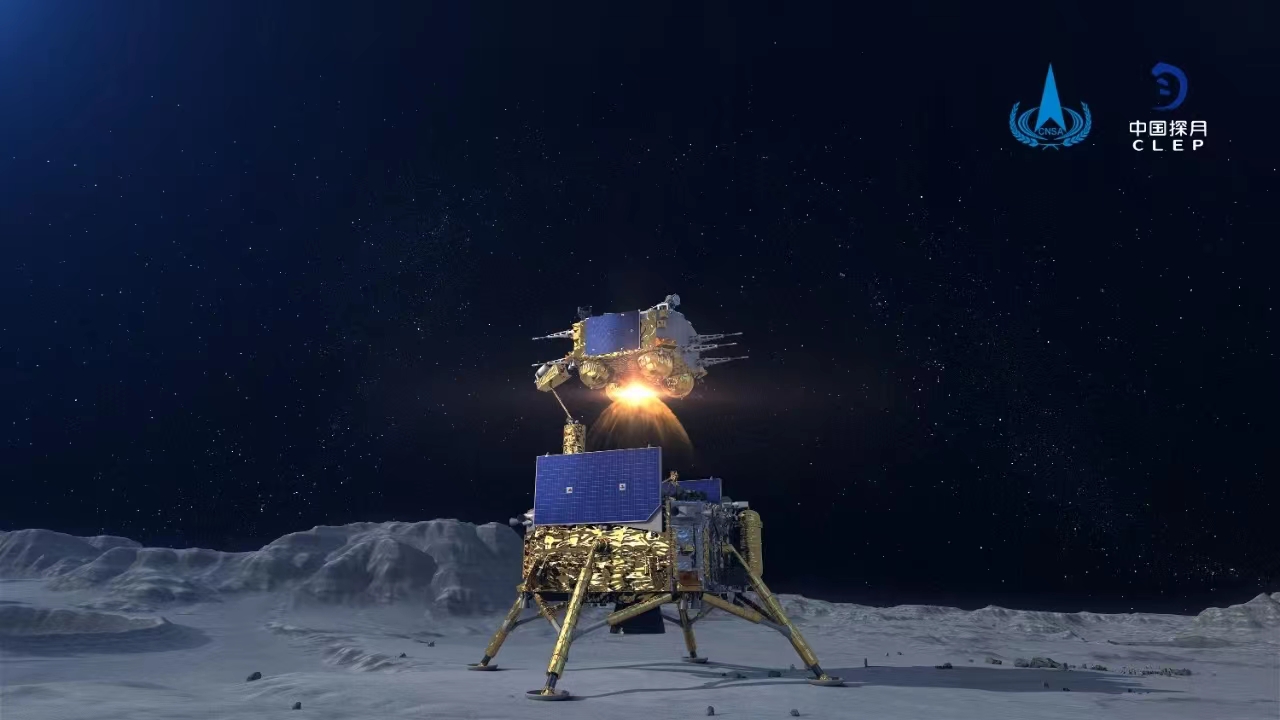 A Chinese group has found that the spectral features of lunar soil samples brought back by China’s Chang’e-5 mission were representative of iron-rich high-calcium pyroxene rather than olivine, according to the National Astronomical Observatories of the Chinese Academy of Sciences (NAOC).

“Near-side lunar soil samples we analyzed turned out to be primarily pyroxene,” said Li Chunlai, a researcher from the NAOC who led the team. “This came as a surprise to us because earlier remote sensing-based studies indicated a high abundance of olivine, another common volcanic mineral composite in the basalt category.”

The earlier studies were based on data collected from Earth-based telescopes and moon orbiters, according to the NAOC. 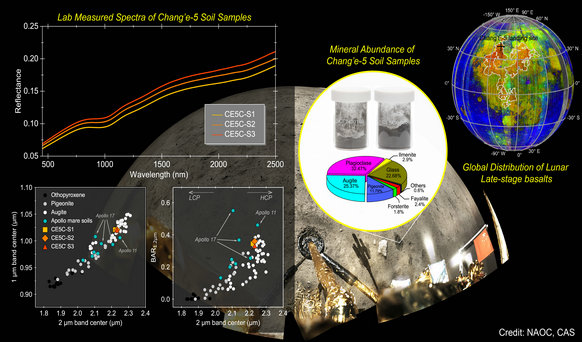 “Though we can infer a lot about mineral composition of the moon remotely, having actual lunar soil samples here on Earth in our lab for analyses opened up the possibility of a much more thorough and precise compositional analysis,” Li said.

Li and his team analyzed three soil samples using spectroscopic techniques and found the overall spectral shape of the samples was “essentially consistent.”

The following X-ray diffraction result showed that the samples were composed of mostly pyroxene, not olivine. The bulk composition of pyroxene in Chang’e-5 samples is “relatively iron and calcium-rich,” according to the study.

Li said the study is of great significance for deepening the understanding of the thermal evolution of the moon, especially the young lunar volcanism.

The study was published in Nature Communications on October 10, 2022.