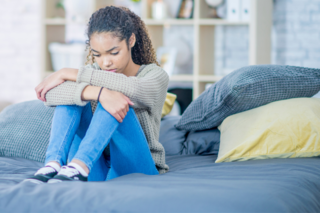 Last year, one fifth of all high school students seriously considered suicide and a full 1 in 11 teens attempted suicide.

September 10 is World Suicide Prevention Day, and this year teens should be at the top of our minds. Suicide is the second leading cause of death among younger teens age 10-14 and the third leading cause of death among 15- to 24-year-olds in the United States (after accidents and homicides). Last year, one-fifth of all high school students seriously considered suicide and 1 in 11 teens attempted suicide. These numbers are staggering and unacceptable.

To truly make a dent in the teen mental health crisis, there needs to be an acknowledgement that technology should be an important part of the solution. Whether we like it or not, technology is a fundamental part of the teen experience today. Teens have come to expect the immediacy and convenience that they get from searching for something on their phones and getting many quick, snappy responses within seconds. Not surprisingly, then, teens often seek mental health information on the internet and through social media. Unlike older generations, they are far less likely to gravitate toward traditional in-person services like therapy, especially if digital mental health resources are available.

Apps can help teens with their mental health 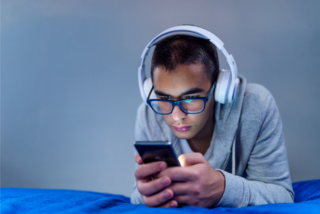 Leaning in to teens’ chosen ways of communicating is likely to best support them.

Leaning in to teens’ chosen ways of communicating may help best support them. Research now has shown the promise of digital support to reach and help young people who are suffering. A 2021 randomized clinical trial showed how short skills-based videos delivered digitally helped avoid worsening mental health in students. Behavioral therapy that uses mindfulness, acceptance, and regulating emotions was delivered to students by video, and researchers concluded this brief, highly scalable intervention could extend the reach of mental health treatment. Another 2021 clinical trial that I worked on with colleagues at the University of Washington and Hopelab showed that an app designed to help teens transitioning to college feel less lonely was able to buffer against loneliness and depression in the first semester.

The research in this area is growing quickly. A 2017 review of 15 different mental health mobile apps for teens found only two small clinical trials and neither showed an effect on an intended outcome. Just a few years later, a 2021 review found 11 clinical trials showing improvement on a number of outcomes, most commonly depression and stress; and a 2022 review and meta-analysis found 80 studies describing 83 mobile interventions and showed effectiveness on outcomes like general well-being and distress as well as symptoms of psychological disorders. 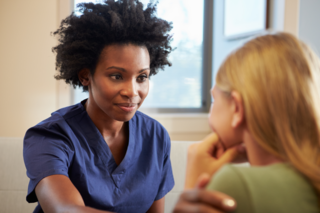 Adding a live human component to a digital intervention is likely to provide additional benefit, especially for teens.

Adding a live human component to a digital intervention is likely to provide additional benefit, especially for teens. In a study of what teens want in a digital intervention supporting mental health, focus groups with teens showed they favor mobile health coaching and prefer online peer-to-peer interactions with a professional moderator to get support. In a study through my lab at UC San Francisco in 2019, we looked at how live coaching support enhanced the effectiveness of digital intervention in teens around smoking cessation. More so than delivering automated content, engagement with a live counselor helped smokers achieve improved smoking cessation outcomes.

Peer-to-peer coaching is another effective method for delivering evidence-based skills. As a UCLA research study showed, coaching from trained peers, when delivered well and consistently online, can reduce the burden of mental illness for those who don’t have access to a licensed practitioner (e.g., a psychologist or a psychiatrist). The right combination of support that can reach all teens is likely to offer both a digital platform that is comfortable and inviting, and a live human component for those who need or want an extra level of support.

But wait, isn’t technology part of the problem?

Technology often gets blamed for causing the teen mental health crisis. I fully acknowledge that there are ways technology can be harmful to young people. Some teens use technology too much and what they find when they reach out for support can make things worse. That is why it is important to be aware of the safe, supportive tools that teens can use when they are struggling. 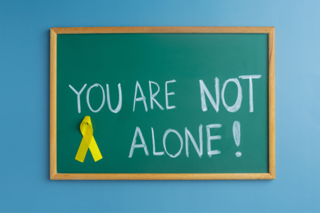 This World Suicide Prevention Day, let’s help teens in the way they want and need.

This World Suicide Prevention Day, let’s make sure we share resources with any teens we know who are struggling, and commit to helping teens in the way they tell us they want and need.

If you or someone you love is contemplating suicide, seek help immediately. For help 24/7 dial 988 for the National Suicide Prevention Lifeline, or reach out to the Crisis Text Line by texting TALK to 741741. To find a therapist near you, visit the Psychology Today Therapy Directory.

A version of this post also appears on the BeMe Health blog.

The Masked Dancer reveals the second celebrity behind the mask