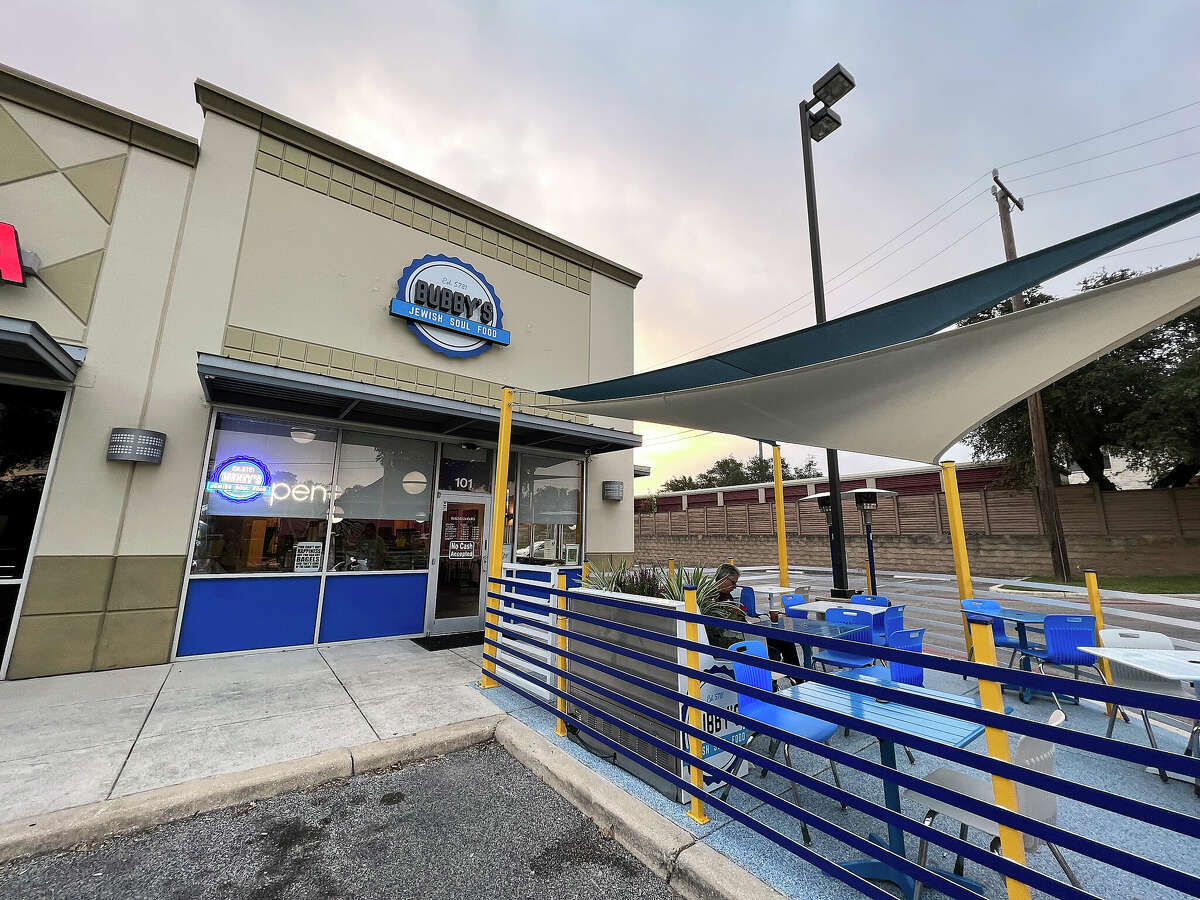 The sign at Bubby’s Jewish Soul Food says “Est. 5781,” because that’s the year on the Hebrew calendar that Jason and Charlie Nuttall-Fiske got serious about going pro with their cooking skills. That was 2020, when the couple moved to San Antonio after meeting in California when they worked for the airline industry.

They opened Bubby’s in November of last year, or 5782, just after Rosh Hashana, the Jewish New Year celebration. The small North Side corner shop near the Barshop Jewish Community Center sells a range of house-baked bagels, bialy, rye bread, babka and challah, along with sandwiches made from them using deli meats, lox, cream cheese and spreads including chopped liver, tuna salad and egg salad.

Now with Rosh Hashana and 5783 on the horizon Sunday, Bubby’s has established itself as a destination for the kind of compact, dense and versatile New York bagels the Nuttall-Fiskes perfected at “bagel boot camp” in New Jersey with renowned bagel consultant Beth George.

Best sandwich: “Bubby” is the Yiddish endearment for “grandmother,” and any grandmother would be proud of the lush chicken liver that goes into Bubby Bea’s chopped liver, the key to the shop’s best sandwich, True Believer ($14.95 with a side). The smooth, iron-rich spread goes pedal to the metal alongside thick layers of pastrami on good, housemade rye bread with sweet dressing that Bubby’s calls “Two Thousand Island.”

Other sandwiches: Why just have pastrami when you can have Pastrami Shmastrami ($13.95 with a side)? It’s a double shot of fatty, salty, smoky pastrami folded with Swiss cheese and the endearing twang of marmalade made with caramel apple and red onion. It comes standard with rye bread, but they’ll let you sub any bread in the house, and a sweet, feathery challah roll turned the whole thing into a cross between a sweet Danish and a serious sandwich, and that’s a hybrid I can get behind.

For something more classic, the Blackstone Hotel ($13.95 with a side) added sweet onions to the Reuben formula for a satisfying combination of lean corned beef, Swiss cheese, sauerkraut and Russian dressing on Rye. I’d have like a stronger toast on the bread and more heat in the meat, but the flavor worked out fine.

A San Antonio-style bagel was the perfect platform for an egg salad sandwich called Christine’s Pride ($9.95 with a side). The egg salad did what it’s supposed to do: be creamy, chunky and fresh. But the corn, poblano pepper and cotija cheese baked into the bagel raised its profile to the status of a side dish, a star in its own right.

The Bar Mitzvah ($16.95 with a side) raised a question. Is it a sandwich, or is it an excuse to get silky, salty lox on a sesame bagel with a righteous schmear of cream cheese? I guess it’s a question of whether you fold it or leave it open-face. Either way, with onions, capers and a side of sweet coleslaw, it’s one of the best of its kind in the city.

This is a carousel. Use Next and Previous buttons to navigate

Canada stabbing: A suspect in an attack that killed 10 is still at large after...

I’m a lottery expert – my strategy and how I win off tickets, you don’t...