THE FLATS – Georgia Tech women’s basketball shot 50.0 percent in the second half and won the final two quarters, but could not overcome Miami’s strong first half, falling to the Hurricanes, 69-60, Thursday night. Kayla Blackshear recorded her second-straight double-double behind a career-high 18 points and game-high 11 rebounds.

Georgia Tech (9-8, 0-6 ACC) came out with quickness to open the game, holding Miami (11-6, 4-2 ACC) scoreless for nearly the first five minutes, but a scoring drought by the Jackets midway through the first allowed the Hurricanes to gain the permanent lead. Miami built their lead out to eight in the opening period, but a Bianca Jackson triple followed by Nerea Hermosa jumper cut the score to 16-13 to close the stanza.

Miami opened a double-digit lead in the second and expanded its lead to as many as 20 points late in the third quarter, but the Yellow Jackets rallied in the final 12 minutes, closing within single digits multiple times. Tech put together a 16-3 run spanning the frames, forcing Miami to burn a timeout at 55-45 with 8:27 to play. Tonie Morgan came out of the timeout draining just her second three-pointer this season, cutting the score to 55-48. The Yellow Jackets would cut the score to seven four more times, including with 14 seconds to go, but could not find the answer. 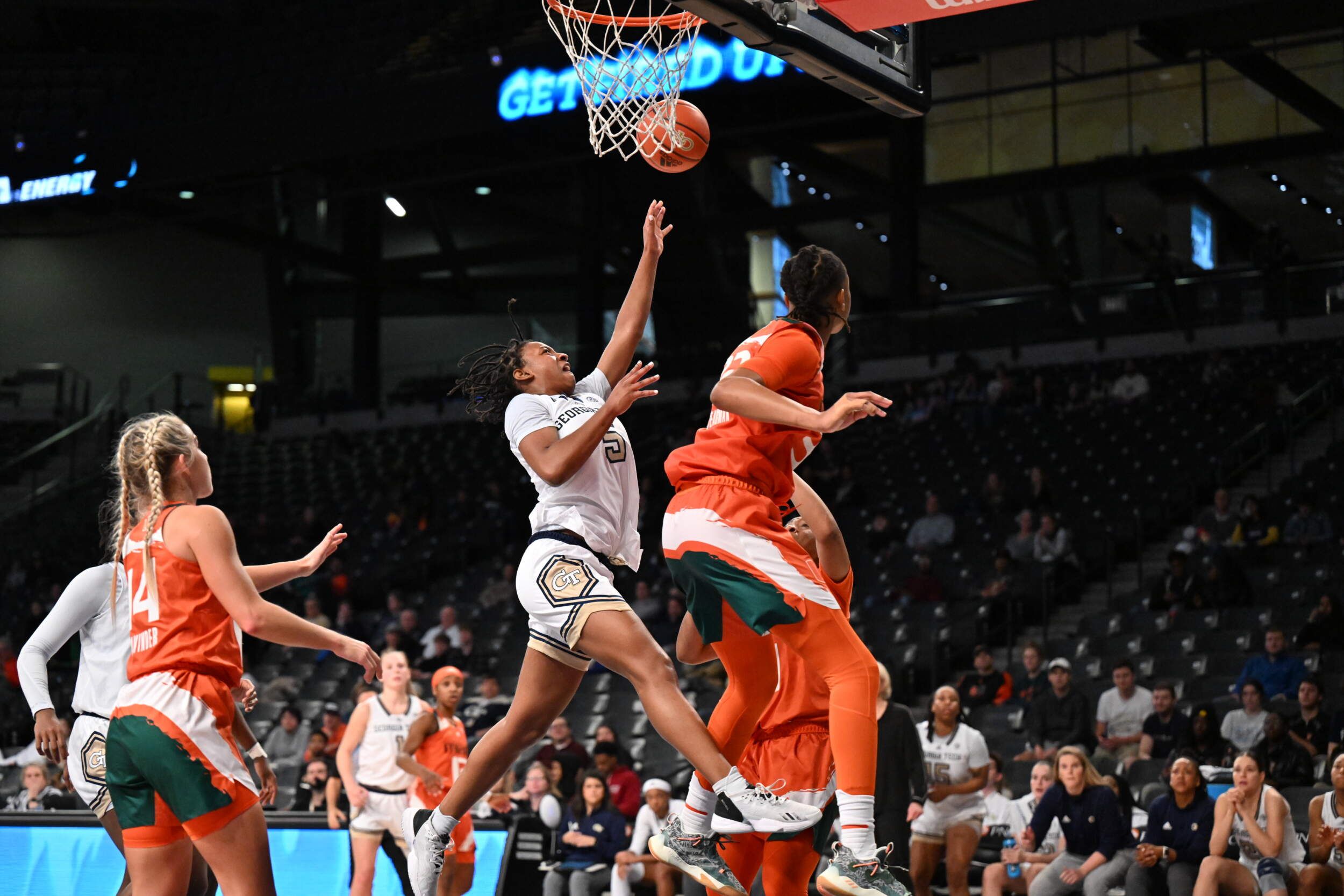 Blackshear was the only Yellow Jacket to finish in double-figures with three knocking on the door with eight points each – Hermosa, Morgan and Cameron Swartz. Tech won the battle on the glass for the second consecutive game, 30-26, and dished out 20 assists on 23 made field goals. For the game, the Jackets shot 43.4 percent from the field and 84.6 percent from the free throw line.

Turnovers plagued Tech in the first half, allowing Miami to convert nine miscues into 17 points. The Hurricanes finished with 19 points off turnovers for the game. Haley Cavinder led Miami with 14 points, followed by Destiny Harden (13) and Hanna Cavinder (11). Miami shot 50.0 percent from the field and 80.0 percent at the charity stripe, while committing 15 turnovers.

Georgia Tech continues this three-game homestand on Sunday, Jan. 15 welcoming No. 16 Duke to McCamish Pavilion. Tip is slated for 4 p.m. on the ACC Network.