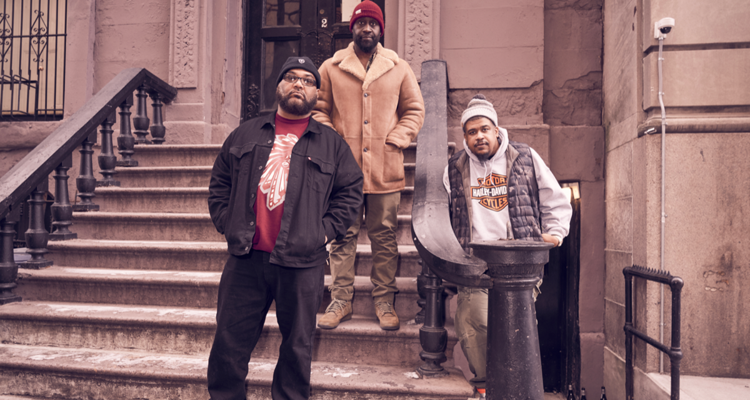 Ahead of the group’s catalog hitting streaming services on March 3, De La Soul’s single “The Magic Number” will become available to stream for the first time exclusively on Apple Music starting Thursday. The single was initially released on the group’s 1989 album 3 Feet High and Rising, which will be available in Spatial Audio exclusively on Apple Music, along with the rest of the trio’s six-album catalog.

March 3 also marks the 34th anniversary of 3 Feet High and Rising, which is being pressed as a double album on black, magenta, and yellow vinyl. “The Magic Number” will be available as a cassette and an already-sold-out 7-inch single. “The Magic Number” is available for pre-save across streaming services, including Apple Music, Spotify, and Amazon Music.

The group has acknowledged how fans have long cherished their physical copies of De La Soul’s music while it remained unavailable on streaming platforms. Especially now, the group has found new fans with the appearance of “The Magic Number” in Marvel Studios’ Spider-Man: No Way Home.

“In my DMs, a person was like, ‘Yo, after (“The Magic Number” appeared in Spider-Man: No Way Home), I couldn’t find it, then my grandfather pulled out his record and showed me,’” De La Soul’s Posdnuos said in a recent interview. “I know my age, but I still feel like I’m cool, so this is weird that I could be a grandfather. But it’s all coming together, and it’s great that the music that needs to be (available on streaming) will be there.”

“3 Feet High and Rising was inspired maybe just (by) the state that we were in as kids, just not afraid to say, ‘This is me,’” says Trugoy. “At the same time, it also gave birth to an era, a sound, a style in hip-hop.”

De La Soul’s catalog on Tommy Boy Records was acquired by Reservoir Media, which will distribute it through its Chrysalis Records. Led by CEO Jeremy Lascelles, Chrysalis will begin a marketing campaign for De La Soul’s back catalog, including events and activations.