Shares in Amazon-backed electric truckmaker Rivian tumbled more than 7 per cent to a three-month low on Monday after it announced a recall of almost all of its vehicles due to a defect.

The California-based company is recalling about 12,200 vehicles because of a loose nut, according to a filing Rivian made with the National Highway Traffic Safety Administration.

Rivian has made about 13,000 trucks since production began in late 2021. The defect, which it estimates is present in 1 per cent of the vehicles, could result in noise and vibration, and in the most extreme instances cause the driver to lose steering control.

The company is one of the most high-profile US electric vehicle start-ups. A 2019 deal with Amazon to supply 100,000 electric trucks helped buoy Rivian’s initial public offering in 2021. But it has suffered setbacks this year. Amazon, now its second-largest shareholder, agreed to buy trucks from a rival, and Rivian raised prices on pre-orders in March while halving production targets.

Rivian said that by September 28 it had discovered seven vehicles that were affected by the loose nut. The repair “takes a few minutes to complete”, and the company expects to complete the recall in 30 days.

“The safety of our customers will always be our top priority,” Rivian said in a statement. “To date, we are not aware of any injuries that have resulted from this issue.” 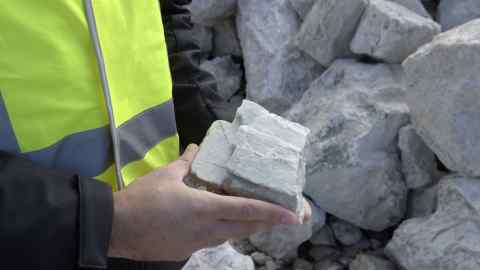 Although recalls are common in the automotive industry, this marks the second in a month by an electric vehicle start-up, after Arizona-based Nikola recalled all 93 of the trucks it has built due to an improperly installed seatbelt. Rivian’s recall is a setback at a time when consumer demand for electric vehicles is on the rise.

“The last thing any Rivian investor wants to see in a shaky market is a broad recall that hurts the brand,” Wedbush analyst Dan Ives said. “Rivian is under a bright spotlight for the Street and in major ‘prove me’ mode for RJ [Scaringe, chief executive] and team, with this latest news a slight step back the company must overcome.”

Rivian said a week ago that it remains on track to hit its lowered production target of 25,000 trucks for the year.

The company’s shares fell as much as 11.2 per cent in morning trading on Monday, but recovered some ground to close 7.3 per cent lower at a three-month low of $31.48. Rivian has a market capitalisation of almost $30bn, or about one-third of the valuation it reached when it floated in November.