Week 1 in the NFL can be extremely weird. The 49ers received a reminder of that last season as they were forced to survive a bizarre and furious comeback from the Detroit Lions.

Nobody in the 49ers’ locker room could afford to feel good after they almost blew a 41-17 lead in Detroit, San Francisco clinging on to claim a 41-33 victory.

This season, the 49ers will again face an NFC North team they will be expected to defeat by a comfortable margin when they visit Soldier Field to take on a Chicago Bears team in the middle of rebuilding around Justin Fields.

And, as they attempt to contend in their first season with Trey Lance as the starting quarterback, the 49ers can ill-afford any more Week 1 weirdness.

While the Lions have arguably surpassed the Bears in the NFC North, Chicago is perhaps better prepared to take advantage of an underwhelming performance from San Francisco and at least come close to pulling off a huge upset.

Chicago does not have the talent Detroit has managed to put together in two seasons under Dan Campbell’s leadership, but the upside quarterback Justin Fields brings to the table compared to Jared Goff makes the Bears a more dangerous proposition for the Niners in a close game.

But the Bears form part of what is supposed to be a relatively soft landing for Lance as he looks to make an early impression after assuming starting responsibilities from Jimmy Garoppolo. The 49ers will travel back home to welcome another team in transition, the Seattle Seahawks, to Levi’s Stadium in Week 2 after facing Chicago.

Yet seemingly straightforward starts to the season are only routine if the superior team takes advantage of the favorable early schedule. San Francisco went 2-0 with wins over the Lions and the Philadelphia Eagles last season, but one-score wins on the road hardly bred confidence and were followed by a four-game losing streak that forced the Niners to crawl out of a hole to make the playoffs.

This season, if the 49ers struggle to win convincingly or unexpectedly lose in either of the opening two weeks of the season, they risk putting themselves in a difficult position with primetime games against the Denver Broncos and Los Angeles Rams to follow in Weeks 3 and 4. An underwhelming start would also pile early pressure on Lance with Garoppolo looming as a potential alternative to whom the Niners could return.

The good news for Lance and the Niners is that the gulf between them and their opening two opponents, in particular the Bears, is stark, and they have play-callers in Kyle Shanahan and DeMeco Ryans who should put them in the situations to avoid any early slip-ups.

But Week 1 games regularly go against the formbook and the level of talent on the respective rosters. The Niners got complacent in the second half of a Lions game in which they pulled their defensive starters and almost paid the price. That served as a lesson to the Niners not to rest on their laurels in Week 1, and they should not look to take any chances even against a Chicago team over which they look to have a substantial edge. 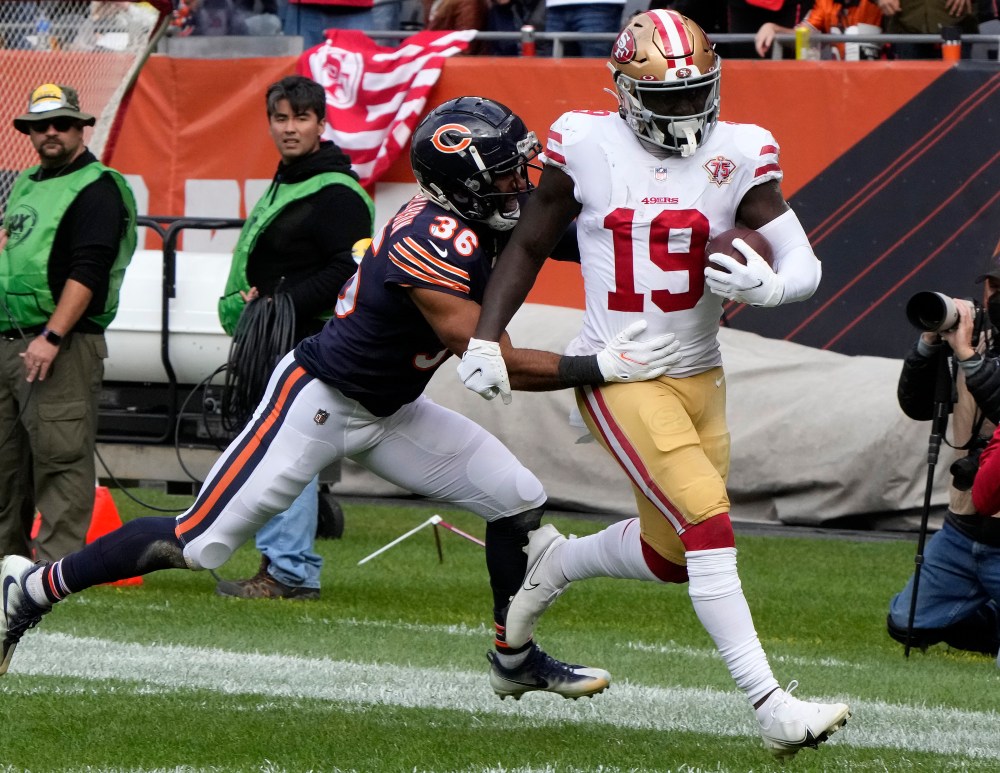